sashakoshka
/
arf
Archived
Fork 0
Code Issues Pull Requests Packages Projects Releases Wiki Activity
This repository is old. It has been officially moved to https://git.tebibyte.media/arf/arf!
You can not select more than 25 topics Topics must start with a letter or number, can include dashes ('-') and can be up to 35 characters long.
This repo is archived. You can view files and clone it, but cannot push or open issues/pull-requests.
218 Commits
2 Branches
0 Tags
1.8 MiB
Go 100%
func-section
main
Branches Tags
${ item.name }
Create tag ${ searchTerm }
Create branch ${ searchTerm }
from 'main'
${ noResults }
Go to file

This is still under development and does not compile things yet. Once complete, it will serve as a temporary compiler that will be used to write a new one using the language itself.

The old repository can be found here.

ARF is a low level language with a focus on organization, modularization, and code clarity. Behind it's avant-garde syntax, its basically just a more refined version of C.

A directory of ARF files is called a module, and modules will compile to object files (one per module) using C as an intermediate language (maybe LLVM IR in the future).

These are some design goals that I have followed/am following: 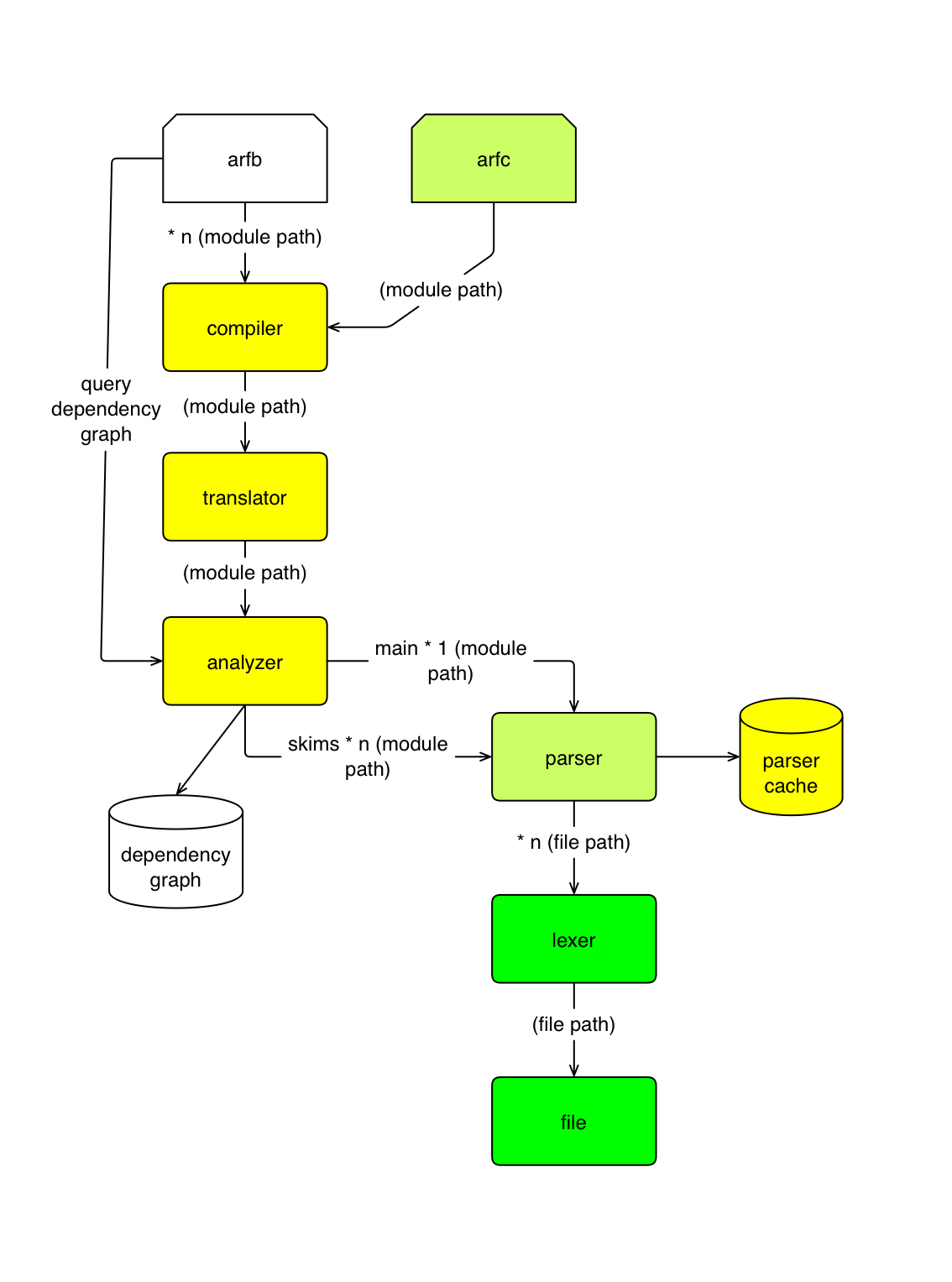